Historically, the City of Columbia’s Trails Master Plan included a proposed trail connecting the Shepard neighborhood with Rollins Street. People who lived in the Shepard neighborhood and other neighborhoods along Old 63 or east of Old 63 were largely cut off from the trail network as well as the street network for walking and biking, in part because there was not a safe bridge connection across Hinkson Creek for people walking or biking. The Shepard to Rollins Trail would build a bridge across the creek, opening up access to MU campus and downtown Columbia.

The proposed trail would also include a north-south leg that paralleled Hinkson Creek (avoiding the large hill on Old 63), passed under Stadium Boulevard, and connected to other existing trails.

Together, the two legs of the Shepard to Rollins Trail would bridge the gap between all the trails that converged near this area, but were not currently connected. These included the:

2008: Local Motion began advocating for the Shepard to Rollins Trail, including going door-to-door to talk with neighbors about the trail project. A small but vocal trail opposition group influenced City Council to delay progress on the trail.

February 2018: Trail opponents pushed to return the trail to another City Council vote. Local Motion once again rallied a campaign in support of the trail, with 400 trail supporters sending letters of support, and 300 attending the City Council meeting. City Council once again voted 6-1 in favor of continuing trail construction with Alignments 1 and 3.

December 2018: The trail project was reviewed in a court hearing at the Boone County Courthouse. Local Motion staff and many members attended to show support for the trail. Early in 2019, the judge ruled in favor of the trail.

Fall 2019: Trail construction began. Construction of the east-west leg of the trail (Alignment 1) was completed in 2020.

Construction of the north-south leg of the trail (Alignment 3) is projected to be completed in 2022. 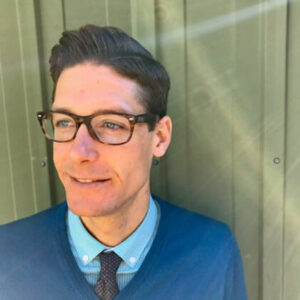 STAY CONNECTED WITH US

Be the first to hear about our latest Advocacy Alerts and events, and get updates on the work our organization is doing every day with the support of people like you.